In 1999, it snowed enough to build a snowman in Bakersfield. We bundled the girls and bolted out the front door into a glorious, unexpected Wonderland. Friends called, wanting us to explore the city, but we declined, sure of weather-related mayhem on the streets of Bakersfield. Instead, we helped our young daughters roll snow across our white Bermuda lawn until their snowballs grew large enough to stack. “Bubba” was his name. He became one of the many snowmen featured in the local newspaper the next week.

They say it snows in Bakersfield once every ten years. I think they’re going on twenty.

My parents introduced me to snow as a toddler. I know because I saw myself in a family photo album. I looked unimpressed posed in a foot of snow with my brother.

The first time I lived where it snowed was in junior high. I went to boarding school in the Himalayas of Pakistan where snow was a significant event. I was so excited the first time I saw it fall in the headlights of our school van on the way home from Jhika Gali; I forgot to breathe. During the brutal winter months, much as American schools do in the summer, my school closed for the winter. Sadly I returned home to be with my parents in the Northwest Frontier Province and counted the days until spring when I could go back to school and enjoy the snow before it melted.

Last week, it snowed at Cook Peak. I stood at my picture window with my coffee and watched giant snowflakes tumble from the sky. It reminded me of our first winter at Cook Peak as a family when we fawned over every snowflake, every dusting, every time we looked out a window and saw white. We loved and measured every inch and mourned its melting.

The girls have grown up and moved away. It’s just me at the window now watching the snow fall and feeling I’ve come full circle. I can’t help but notice how quiet it is when it snows at Cook Peak. 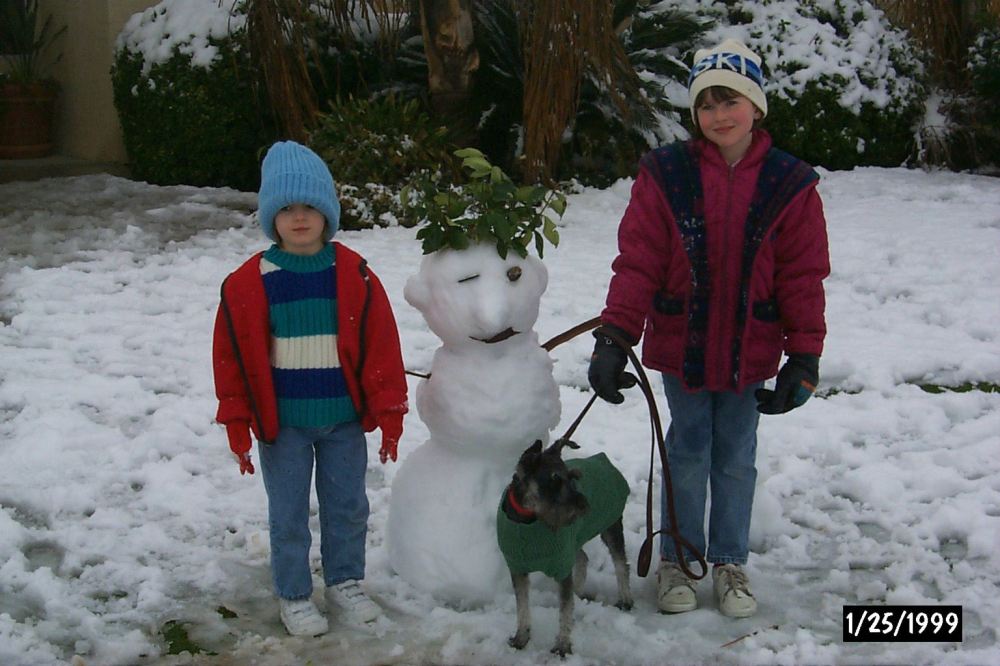 The last time it snowed in Bakersfield was in 1999.